Updates
JG Summit Founder & Chairman Emeritus John L. Gokongwei, Jr. passes away at 93
Mr. John was an inspiration to many for his pioneering ideas, work ethic, and perseverance

We mourn the peaceful passing of our Founder and Chairman Emeritus John L. Gokongwei Jr., on November 9, 2019. He was 93.

We, the 75,000-strong employees of JG Summit Holdings and Robinsons Retail Holdings, join the nation in paying tribute to the founder of the first Philippine multinational conglomerate, a philanthropist with a passion for education.

Mr. John, as we fondly called him, was a visionary. He was an inspiration to entrepreneurs and businessmen around the nation, with his pioneering ideas, his strong work ethic, his passion, and perseverance.

Today, the Gokongwei Group is one of the country’s largest and most diversified conglomerates with interests in air transportation, telecommunications, banking, food, power, property, hospitality, retail, and petrochemicals.

Apart from his business successes, Mr. John also founded the Gokongwei Brothers Foundation (GBF) in 1992 with brothers Johnson, Henry, and James. Mr. John had a strong belief on the power of education in changing the lives of Filipinos. Since its founding, GBF has provided scholarship grants to more than 600 students. GBF has more than 500 active scholars, mostly pursuing a degree in science, technology, engineering, and mathematics (STEM) education. 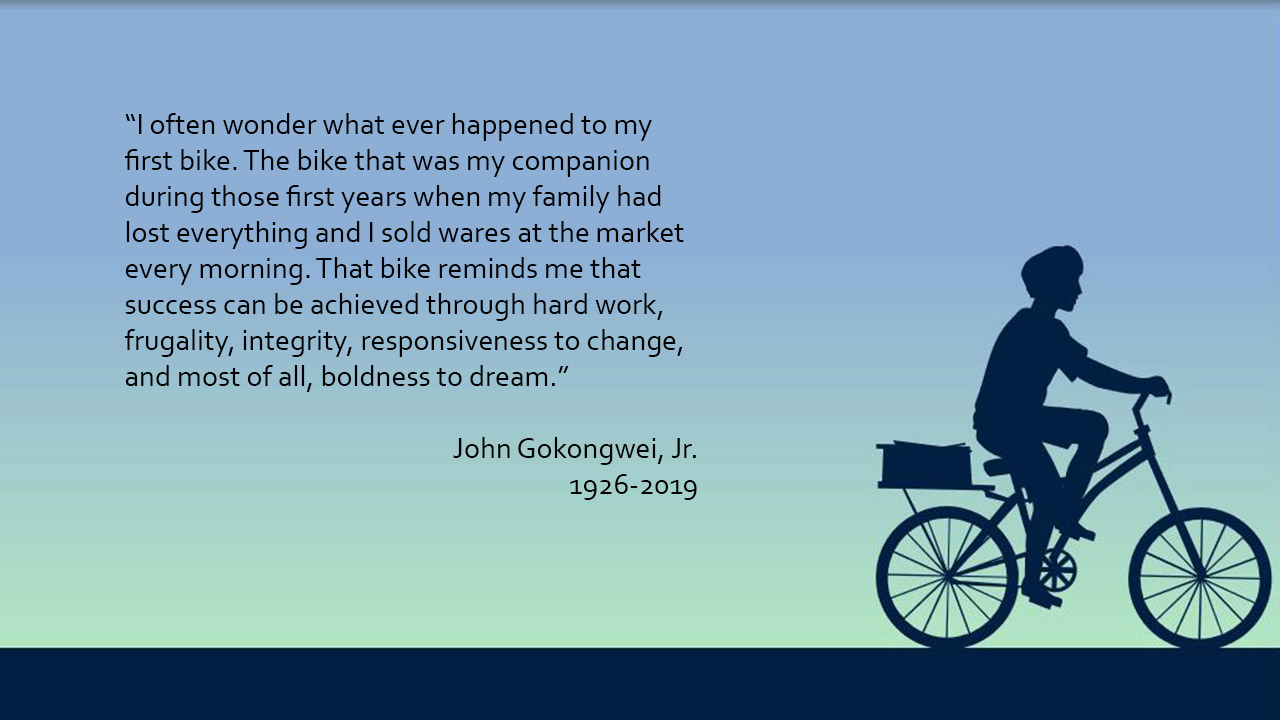 He is survived by his wife of 61 years, Elizabeth, and his children Robina, Lance, Lisa, Faith, Hope, and Marcia; his in-laws and grandchildren; brothers Eddie and James Go, sister Lily; and his nieces and nephews.

In lieu of flowers, the family requests donations to your favorite charity.

This article was originally posted on the JG Summit website, and has been edited for this site's publication.