Following the back-to-back super typhoons which devastated Luzon and the Visayas regions, the Gokongwei Group immediately mobilized its resources and volunteer personnel to provide relief to the typhoon victims.

According to the National Disaster Risk Reduction and Management Council, Typhoon Rolly, which made landfall on November 1, caused damage estimated at Php 17.9 billion to infrastructure and agriculture. Typhoon Ulysses, which hit on November 12, caused major flooding across Luzon, leading to infrastructure and agricultural losses amounting to Php 12.9 billion. 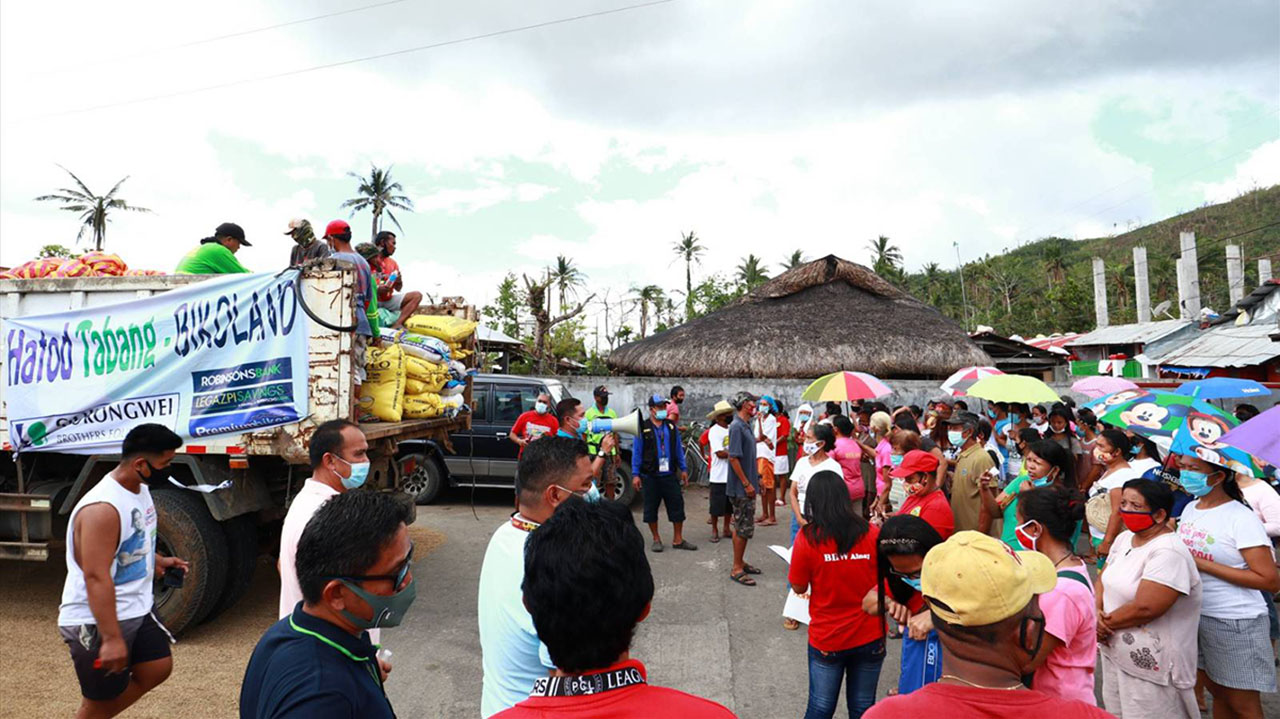 Using the conglomerate's wide network, the Gokongwei Group's various Strategic Business Units were able to mobilize the distribution of relief goods to those affected by the disaster in a timely manner. IMAGE Robinsons Bank

The efforts to help our countrymen in their time of need were coordinated by the Gokongwei Brothers Foundation, the foundation of the leaders and founders of the Gokongwei Group. To respond efficiently and effectively to the crisis situation, teams composed of the conglomerate’s Corporate Affairs and Sustainability team, its various strategic business units, and their respective HR departments were formed.

“The needs of a disaster-stricken area are always urgent and very much localized. We are fortunate to have dedicated partners in various Gokongwei Group companies who are able to let us know the needs of the areas they operate in and the communities they belong to. It is in partnership with them that we are able to not only determine urgent needs but also mobilize the distribution of these to reach those affected by the disaster in the soonest possible time. We appreciate the passion, concern, and bayanihan spirit shared within the Gokongwei Group to help our communities,” said Grace Colet, GBF executive director.

As the conglomerate operates across the country, it relied on its network to facilitate the donations. The SBU with operations nearest the disaster area would coordinate with the head of the concerned local government unit to ensure smooth and timely relief operations. 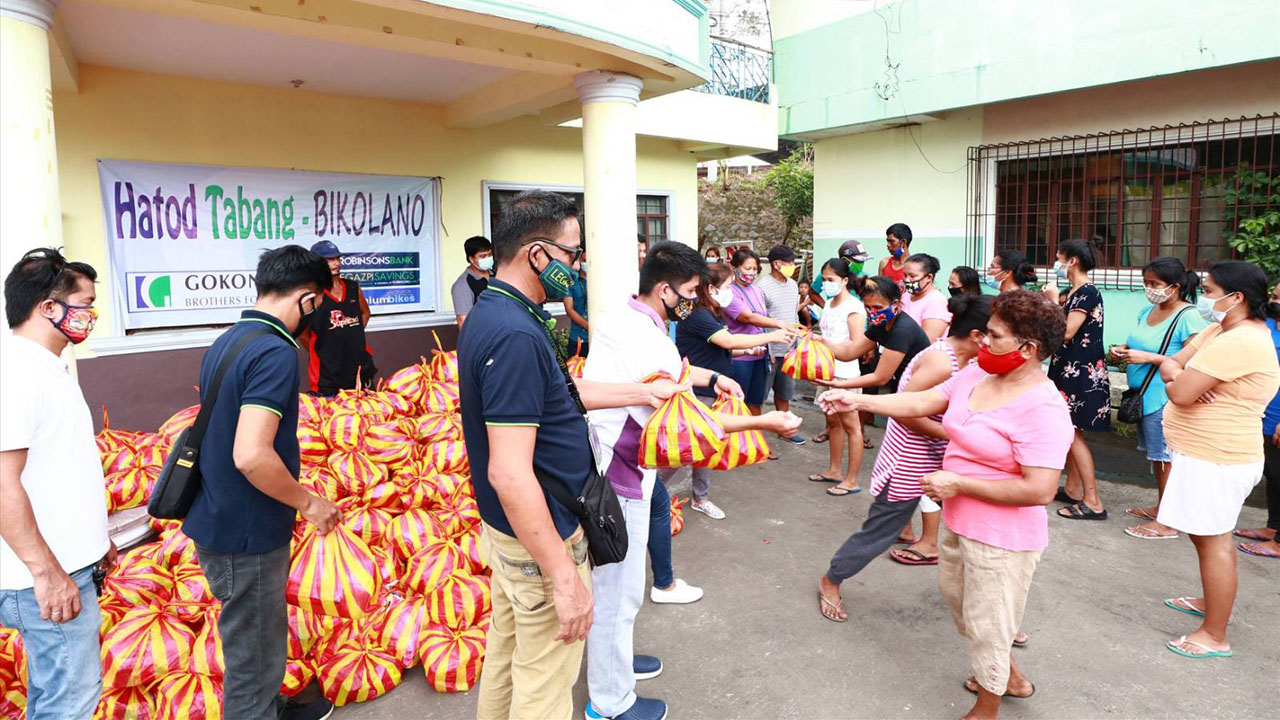 In the aftermath of Typhoon Rolly, Robinsons Bank, Legazpi Savings Bank, Premium Bikes, Robinsons Land, JG Summit Petrochemicals Group, and URC partnered with national government leaders and local government officials to bring aid to multiple municipalities, cities, and provinces in Southern Luzon. Employee volunteers from the concerned SBUs were deployed for the repacking, turnover, and distribution of relief packs to the involved local government unit. As of November 15, 11,626 packs of relief goods containing food, beverages, and essential hygiene products sourced from URC and Robinsons Supermarket have already been distributed.

For the Ulysses relief operations, JG Summit Holdings, Robinsons Land, JG Summit Petrochemicals Group, and URC concentrated their initiatives in the areas hardest hit by flooding, namely Pasig City and Marikina City, with substantial donations also being made to Tuguegarao City, the provinces of Isabela and Bulacan, and various communities in the National Capital Region. In total, 9,200 packs of relief goods have reached their intended beneficiaries. 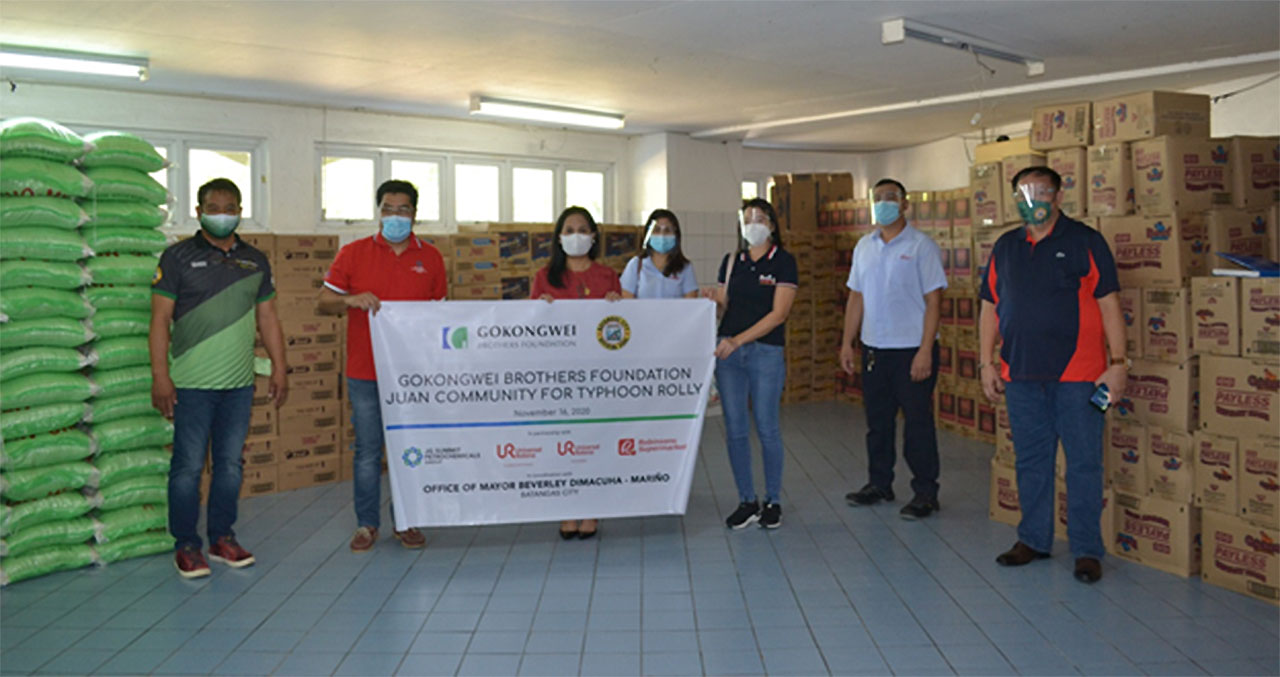 Aside from these conglomerate-led efforts, employees of the group’s various business units also volunteered for independently organized relief operations. Volunteers from Cebu Pacific, for example, joined in the distribution of relief goods spearheaded by the Ananda Marga Universal Relief Team.

Jeson Porras, manager for Quality, Safety, and Security–Catering & Sales at CEB, relates, “A week since the typhoon, residents have had to endure the mud, the flood, and the smell. They all had to live with whatever remained from the devastation. The relief we provided at first will only last for a day, but [it provides victims] another day of hope to recover, because of the generosity of so many people.” 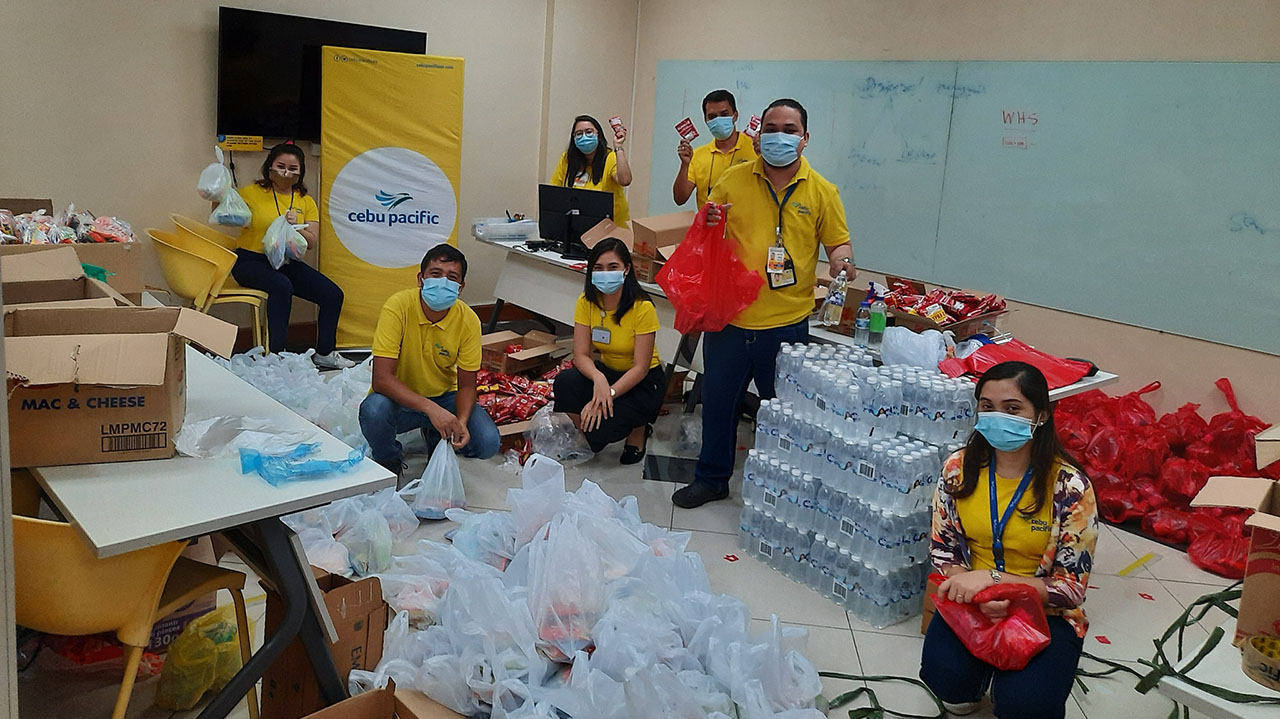 Donated mostly by individual donors, these relief goods were distributed in two batches. The first was on November 14 in Quezon City, where ready-to-eat food packs, canned goods, and hygiene kits were provided to beneficiaries. The second batch of relief goods was distributed to different parts of Rizal Province. These included bottles of water, boxes of powdered milk, bread loaves, and canned goods, which had been donated by individuals to Cebu Pacific, alongside the 300 food packs and 300 hygiene kits packed by the airline’s employees.

The volunteer staff from Robinsons Bank’s wholly owned subsidiary Legazpi Savings Bank, whose operations are concentrated in the heavily devastated Bicol region, found great fulfillment in helping people from the communities they regularly serve. “Helping someone or doing an act of kindness makes a big difference,” said Tin Abogado from the Legal Department after spending a day on relief operations.

Despite the difficulties of the past year, the bayanihan spirit remains alive and well among the Gokongwei Group’s workforce, as seen in the number of employees who dedicated their time and effort to help their fellow countrymen. For them, seeing the hope and comfort it brought to the beneficiaries was a reward in itself.

This article was originally published on jgsummit.com.ph.